Over 100 people gathered at the Ballina RSL Club on Friday 7th October to help our Foundation to celebrate launching into the charity world with our Inaugural Gala Dinner.

Ballina RSL made setting up so easy and to them we extend our sincere thanks. Thanks also must be extended to our Philanthropic & Fundraising Manager, Julie Burton, who did a magnificent job of drawing the whole event together. 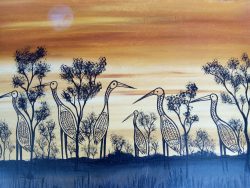 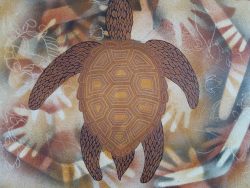 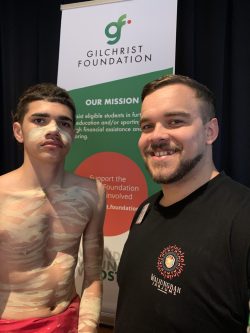 The theme of the evening was Aboriginal Education and Support and the quality of the contribution from our special Aboriginal friends was immense: Placemats for everyone in attendance were based on copies of Aboriginal art by Marcus Ferguson; Daniel Kapeen‘s special session on didgeridoo, the Welcome to Country by Aunty Nancy, specially written for this occasion and the individual Aboriginal dance by Stewart Kapeen were all so warmly appreciated by all – and received outstanding feedback. 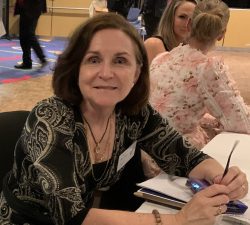 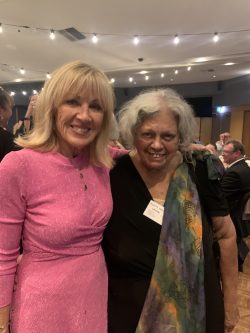 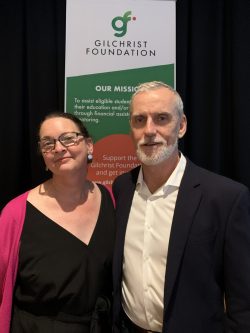 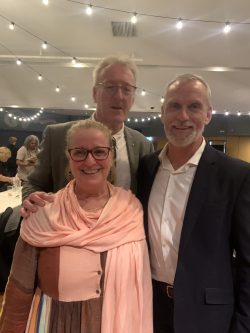 Harry with Geoff and Julie Lawson 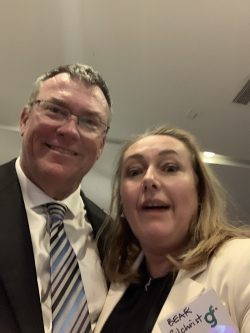 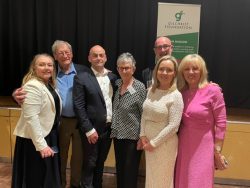 Some Gilchrists and Doggetts

The Master of Ceremonies, Rod McLeod, did a magnificent job with his wonderful “radio” voice and his warm personality. His interviews of Gilchrist Foundation Board Members and four of our scholarship awardees was masterful.

Finally, there was our special Guest Speaker, Harry Moffitt. Harry’s presentation was warm, personal and quite revealing of what it was like for him on his many tours of duty as an SAS soldier. He presented his talk around a set of photographs (on the big screen), which made his experiences even more personal.

Many copies of Harry’s book, “Eleven Bats”, were sold, but Harry wasn’t the only one willing to chat personally and sign autographs on the night: Marcus Ferguson autographed many of the placemats and Geoff Lawson (former Australian cricketer) also obliged many admirers with a personal connection and a signature.

To finish the night, the successful bidders in our silent auction were revealed, the business card draw was conducted and the raffle drawn. The “tickets” for the raffle, by the way, were white plastic cricket balls, each numbered 1 – 200, and each individually signed by Adam Gilchrist.

This was our first fund-raising event and we are happy to announce a significant profit, some of which can be attributed to several special donations from generous sponsors.